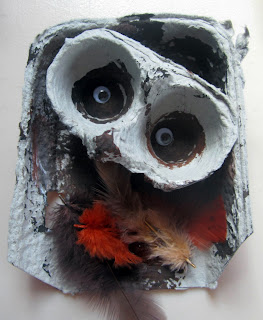 The other morning I was cutting up egg cartons and discovered that they looked a lot like owls.  I ended up cutting the cartons in sections of two and then cutting the top of the cartons in half.  I laid them on the table for the kids to pick and chose and see if they thought the pieces looked like owls as well.
They also thought they looked like owls, except my daughter who thought the pieces together looked like a cat.
Here are their assemblages and final outcomes.  These owls and cat have so much personality, I just love them. 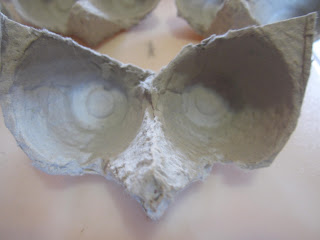 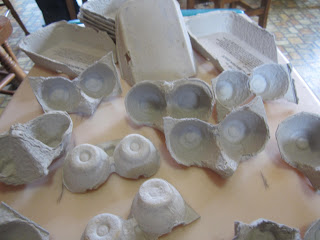 I just cut the sections out randomly so they were all a little different, and then I laid them on a table for the children to pick what they would like 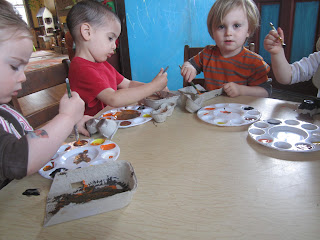 They then painted the eyes and bodies as they wanted. 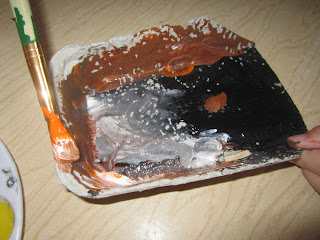 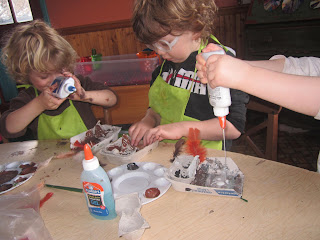 We let them dry and then came back to them on another day.
Once they were dry they glued the eyes and bodies together and then added feathers or googly eyes, what ever they felt they wanted to add.  Some wanted to make a second owl. 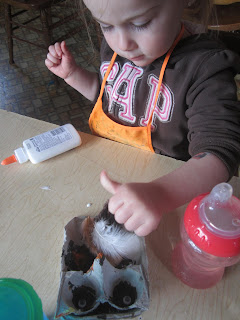 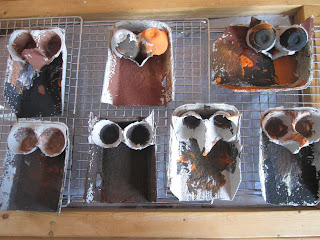 Here are the owls prior to decorating 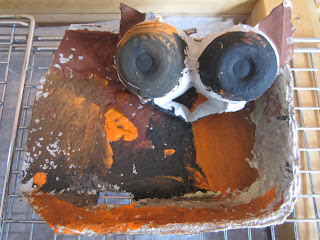 Here is the "Cat Owl" 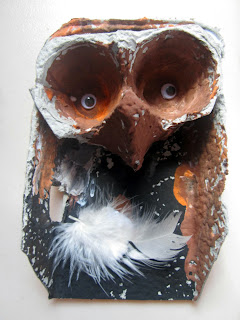 Some finished owls, they are just so cute to me. 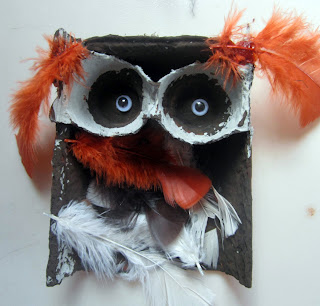 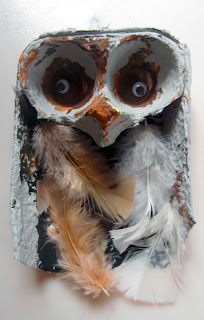 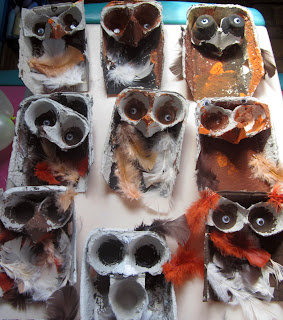 It was nice to be adding a new dimension to our bird project, and too bad I didn't have a recorder because the hooting that was going on during the making of this project was hysterical.
Posted by Art and Soul at 12:49 AM