The Wonderful World of Water Beads! 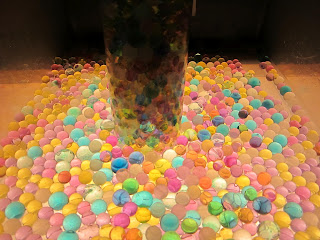 A couple months ago I saw a post by Play At Home Mom, about water beads, and since then they have been all over the internet. Those women had a brilliant idea, and I am happy to say, we too, have joined the water bead world!
They are so much FUN!
I ordered mine at www.crystalwaterbeads.com, and paid less than a dollar for each pack. I know you can also get them at Michael’s and Wal-Mart, but this online store had a lot of colors and styles. It was also fun starting them from scratch. I had not known how little they are before they are soaked in water. I had fun with my daughter watching them grow. 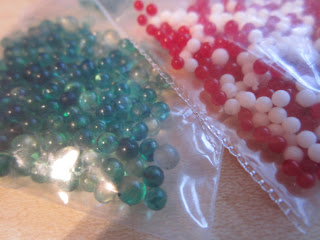 The water beads came in small little bags, and even here, they are shown bigger than they really are, they are about the size of a large seed bead. 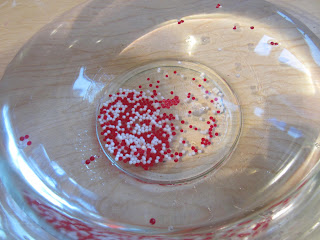 Elianna placed them in a bowl with 5 cups of purified water, and two things happened immediately, they started to grow and Elianna was enticed to play with them We tried to wait the 5 hours it takes for them to grow, but we couldn't help ourselves.
We placed a bucket of them on the light table with color transparencies under them. It was so neat to look at them because the outside was clear so it was a weird illusion trying to pick them up because the color inside was smaller than the actual bead. 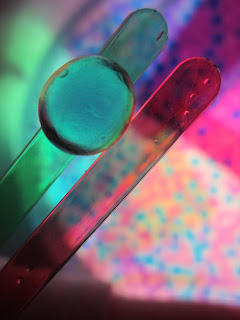 Using our colored stir sticks, we tried to pick them up 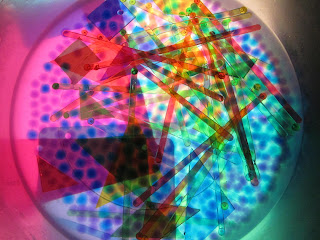 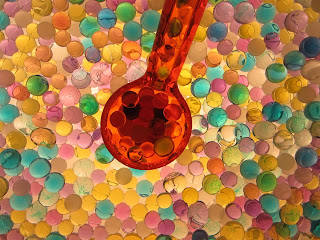 Here are the beads after they were removed from the water.
Now they are ready for some school playtime. 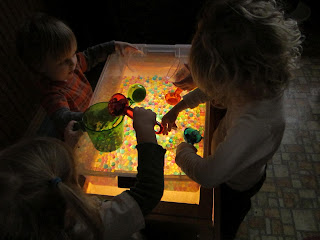 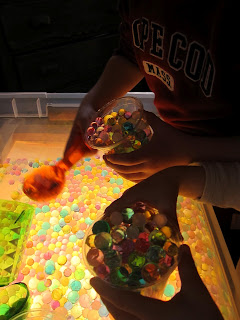 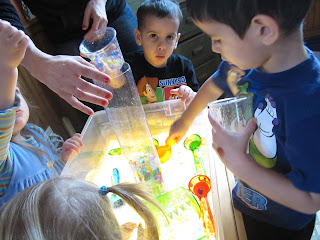 It was fun filling this clear tube 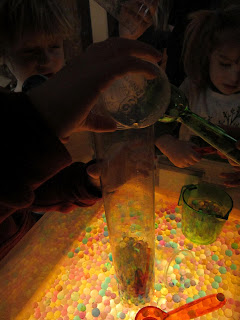 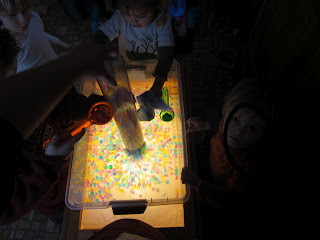 But even more fun when the beads were released...did I mention they bounce! 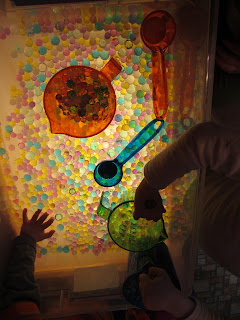 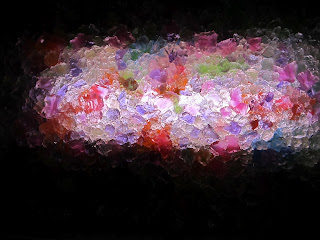 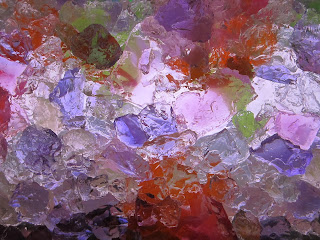 They are very pretty with a light glowing under them 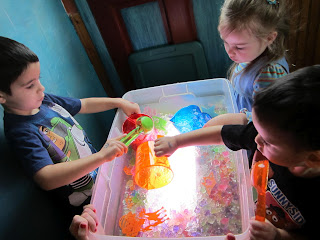 Just as enticing as water beads, the kids got right into the bin.
I hid small flat glow in the dark animal and stars in the bin for them to find as they played. 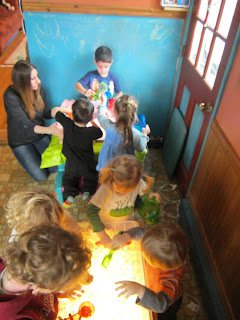 Here are our two stations set up. One group worked with water beads, the other the water crystals and then they switched. They were so into this, they played for almost 40 minutes, and would have played longer had it not been that our bread came out of the oven and snack became a priority for them.
One thing I wanted to add about having both the beads and crystals is that water beads can be squished, which is fun, but we asked the kids to only squish one and to save the squishing for the crystals. I think it made it so that we still have whole water beads for future play.
Posted by Art and Soul at 9:46 PM