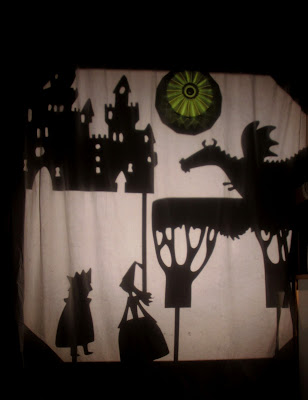 For a long time now I have been hoping to get an overhead projector for the school.  My husband found out that they were recycling the ones at the school he works out, and low and behold he managed to save one for me from the recycling center.  To say I was excited was an understatement! 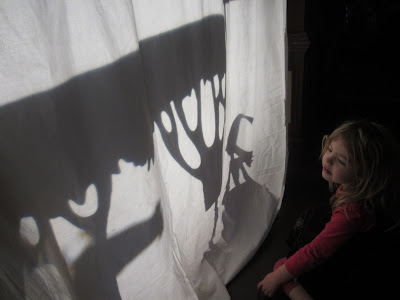 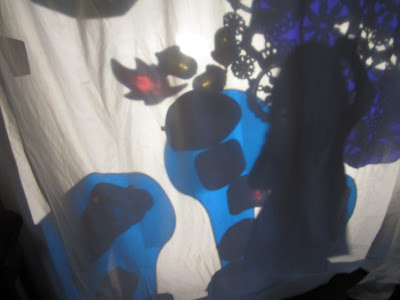 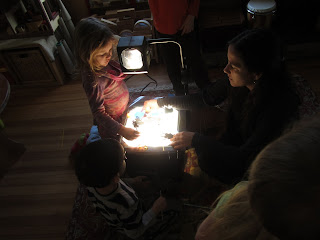 When the objects are placed on the screen a  whole new world is created for and by the children.  It is a world of perception and intrigue and as they maneuver in it, I get to observe their joy, as well as their minds processing their experiences.  In their curiosity they are fully engaged in manipulating objects and the light sources.  They are gaining an awareness of opacity, light and shadow, projection, luminosity, story telling and delving into their imaginations. 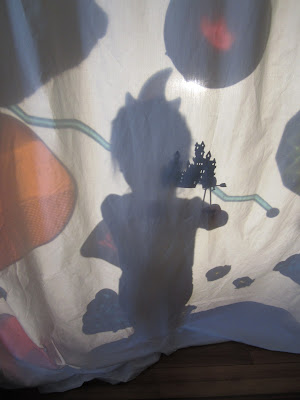 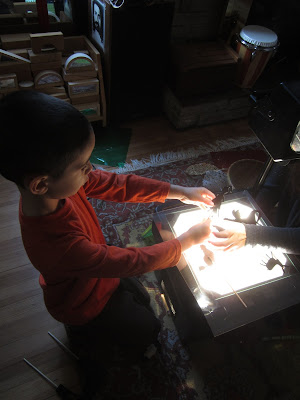 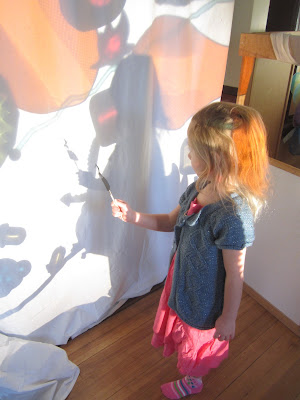 The play and story telling that emerged was rich in dialog and expression.
I can see why Reggio Emilia schools have an emphasis on light projection and exploration, for it presents a feeling of wonderment and encourages linguistic development through stories and plays. 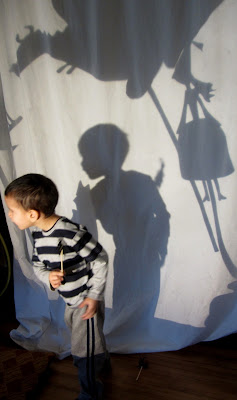 We had dragons chasing little boys, a prince and a princess. 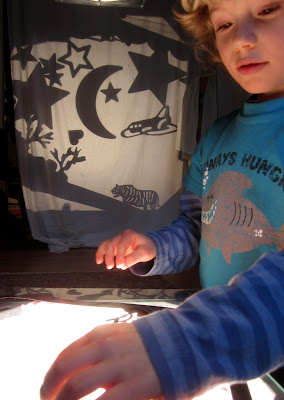 There were elaborate stories involving stars, the moon, an astronaut and the saving of wild life. 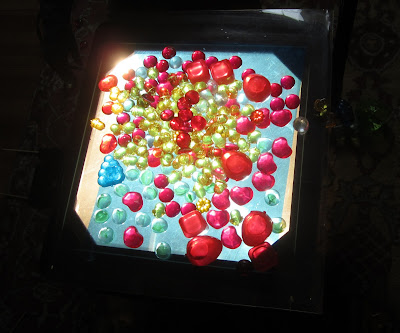 The kids were curious as to how many gemmies they could fit on the projection table. 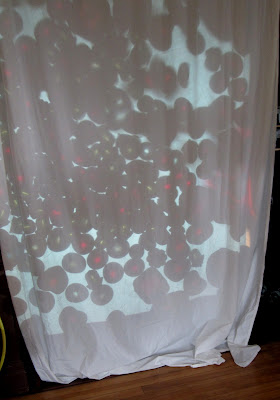 The projected image reminded me of cell structures. 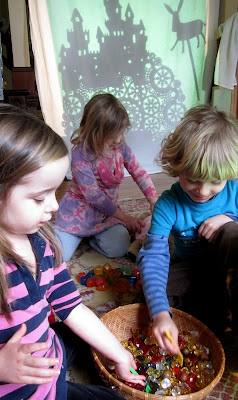 The gemmie experience then merge into making soup in a basket while they picnicked in a far away land. 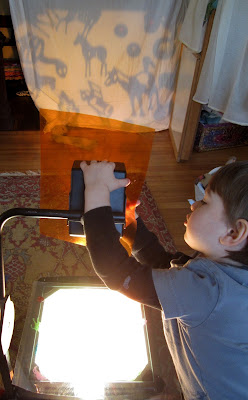 On another day, colors and transparencies were explored given a whole new dimension of exploration. 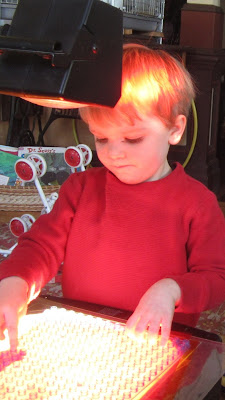 And A Day Would Not Be Complete Without A Dance Party
In Front of the Projector!
Press the play button 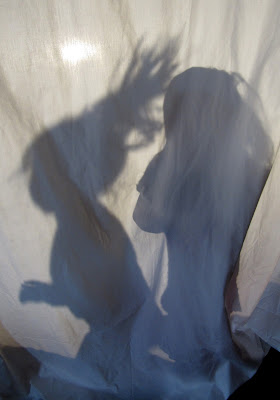 I love these snap shots of the dance party.
The action of that ponytail flying really captures the movement taking place. 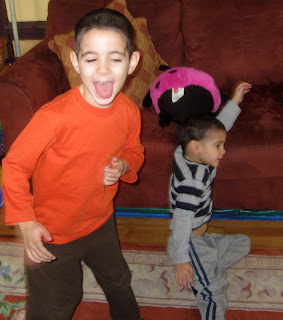 These two brothers really now how to get down. 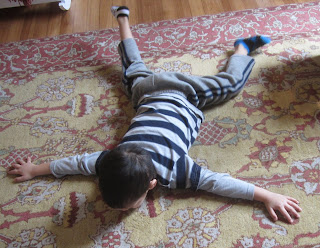 I am not sure what you call this dance move, but it had us laughing.
I think I will end the post with this image, it has nothing to do with shadow puppets or a light projector, but what it does imbibe is play, and at the source of all our exploration is the joy of play!
Posted by Art and Soul at 4:28 PM

Email ThisBlogThis!Share to TwitterShare to FacebookShare to Pinterest
Labels: playing with light